I was chatting to a fellow change professional the other day and we were having the age old conversation ... "why is change and communications support always the first part of a programme to be cut?"

There is lot's of evidence and reasoning out there that highlights how critical the human and change support factors are in making a programme a success John Kotter and others have clearly articulated the common causes whilst survey after survey highlights the cost of failure.

The research points to a failure rate of between 60 and 90% with most scholars settling on 70% as the mean likelihood of failure for your change project [ref. Burnes, Kotter, Senge, Hammer & Champy, http://www.projectsmart.co.uk/change-management-the-horror-of-it-all.html] 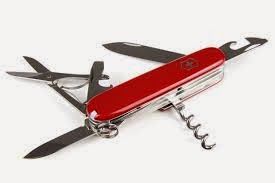 Bain & Co, McKinsey and so the list goes on] ... yet change support still gets cut.

So why does change support get cut first?

So here's my theory. We as a group of change professionals are just hopeless at clearly defining and articulating what the benefits of the specific change support are! I believe there are some age old things we still fail to do effectively to avoid the dreaded axe:
So as we enter 2011 as a community let's make change stick.
Posted by Jon Biddlecombe at 10:51